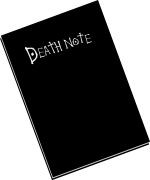 
Death Note, an incredibly popular manga and anime which is cherished by so many people, has been brutally and unjustly murdered at the hands of Netflix. A murder most foul. In fact, I'm completely convinced that Netflix themselves must have their own Death Note, paradoxically scribbled Death Note inside it and then watched as fans laughed and cried at the monster that is the so-awful-but-impossible-to-look-away shitshow. Literally, if you don't laugh you'll cry. Hence my painful laughter throughout the duration.

As someone who has only very recently got into watching anime, I completed watching Death Note for the first time this year. I'm still finding my feet with anime and I'm still exploring which genres I actually enjoy, but happening across Death Note was one of the best things I ever did in this area. 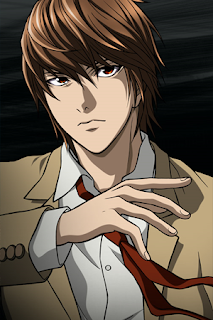 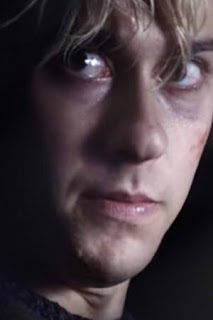 Light Yagami (a.k.a Kira), a high-achieving student who finds the Death Note reveals himself as the megalomaniac that he is, yearning to be the 'God of the New World'. The Death Note, a book which allows you to kill anyone who you write inside it, assuming you know their name and can picture their face, becomes Light's vehicle to gaining the power he desires and begins killing people that he feels deserve it, for example, serial killers etc. At first, the power of the book appears to initially startle him and the emergence of the death god Ryuk is even more unsettling. However, it doesn't take long for Light to settle fully into his role as judge, jury and executioner before Ryuk has a chance to say a thing. In fact, Ryuk is very much surprised by how many names that Light has already entered into the notebook by the time they meet. Furthermore, though the appearance of Ryuk is concerning for Light, he already works out that a god of death will emerge and prepares for imminent death by noting down as many names as he can. 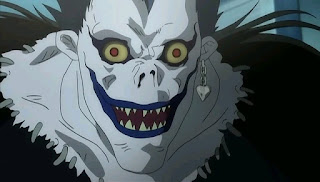 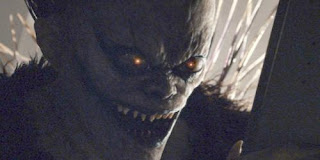 In the new and significantly worse version, Light Turner (yes) finds the Death Note and almost immediately comes into contact with both Misa Misa, oh sorry, Mia and Ryuk. Ryuk has to convince Light to use the book after scaring him to death (ha) and instead of the impactful scene where Light Yagami saves a young woman from a gang of men attempting to commit sexual violence against her, Light Turner murders a high school bully. I mean, Light Yagami killed people for murder, and, eventually, for getting in his way. This is morally wrong enough, but Light Turner killing another kid for bullying completely ruins the washed up mentality that Light Yagami thought he was doing something good. I think that the extreme example makes it impossible for us to believe that he thinks he's treading the fine line of morality for the greater good instead of just murdering someone you don't like very much. Light Turner is not the mad genius that Light Yagami is portrayed to be, Light Turner shows no intellectual strength aside from doing other students' homework, which is nothing special if you're comparing the two Lights. Ryuk turns up to Light Turner's complete surprise and essentially tells him to murder the bully after Turner says "nah". This is not the power-hungry, psychopath that we all know and love to hate.

The complete and utter stupidity of Light Turner only intensifies when he sits in the school gym reading the rules of the Death Note. In public. At school. When Mia sits beside him and asks what he's reading,
Mia: "Death Note? What is it?"

Light Turner: "What is what?"

You absolute master of deception, Light. She will never suspect that what you're holding is sinister when it's called freaking 'Death Note' and you're pretending you don't know what she's talking about, 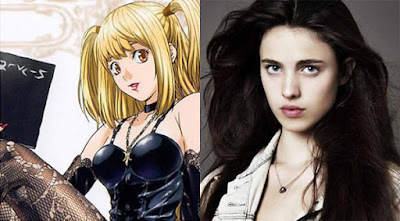 Light Turner, you idiot.
Light Yagami despises Misa Misa. He constantly tries to avoid her and is annoyed that she attempts to be a second killer with her copy of the Death Note. He emotionally manipulates her because she's in love with him and ensures she does everything he wants in exchange for making her believe he loves her too. Light Yagami is a calculated, cold murderer who uses everyone around him to his advantage - this is what makes him such an interesting and incredibly scary character.

Light Turner spends the film running around in pure terror and playing Kill, Bang, Popcorn with Mia. who is far more frightening than Light considering she appears incredibly interested in the death of others from the beginning. She blackmails him by writing his name in the note (claiming she will burn it, thus undoing the death, if he gives her the book) and even remarks "you're not crazy enough". I don't know about anyone else, but I think I'm pretty done with the romanticised fucked-up-girl cliche.  Whilst the anime still seemed to perpetuate this, Light Yagami didn't skip around with Misa Misa, going to her prom and pissing about with top hats. He actually put extensive thought into concealing the notebook, ensuring their connection be kept secret and remaining undetectable by insisting they are not seen together. The story was about the large-scale plans that Light had for the world and the pedestal on which he was trying to place himself by killing all of those he felt were unworthy of life. Light Turner's plans begin by taking revenge on the man who killed his mother (come on, are we really going to try and make him relatable instead of having a god-complex?) and extend merely to trying to keep what he's doing a secret and appeasing Mia, who really seems to be the one trying to cover their tracks by killing people who can be traced to them. Light Turner is sloppy and we are completely shut out from any internal thought processes he might be having, unlike with Light Yagami whose intellect is portrayed as Sherlock-esque. He even ends up confessing everything to his Dad in a completely anti-climactic ending, who in the anime he goes to great lengths to keep in the dark about his true nature. Luckily for Turner, his nemesis has also been dumbed down, or else he would have been caught immediately. 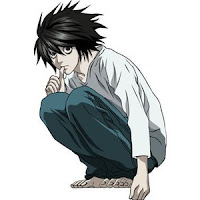 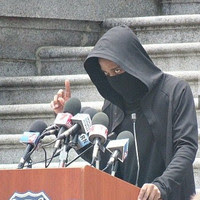 For those of you who haven't seen the original Death Note, or read the manga, you will be wondering who tries to stop Light. This is L.

L is an incredibly intelligent, though unusual, character who has been known to crack the hardest criminal cases on record. He likes cake, sweets and ice cream and almost always sits in a crouched position with his knees brought up to his chest - he claims he can think better this way. He also has an adorable way of holding things by the corners with his thumb and index finger. In any case, this all seems to remain true in the remake and when he was first introduced I actually liked his character. I felt a tiny short-lived feeling of relief that they hadn't entirely messed everyone up. Then, sadly, the film continued on. Originally, L was calm, thoughtful, mysterious and you always felt that he would always know exactly what to do in each situation. He skillfully traps Light Yagami into revealing he is from Japan and taunts him endlessly in order to find out his identity. Their mind games with each other are thrilling and suspenseful to watch and you find yourself completely immersed in their metaphorical game of chess. The same effect is attempted in the film and falls completely flat because L is frantically calling his colleagues to check they are still alive and is almost always trembling, shaking, sweating and darting his eyes around nervously. I'm not saying that this isn't normal for someone in his position, but he does not comfort the watcher in the same way the anime L does. Even though we find that L does have emotional depth, his live-action counterpart is significantly less strange and does not seem to struggle half as much socially that the original L does. I would also like to note my disappointment that live-action L betrays his nature by threatening to use a gun in anger after engaging in a panicked chase after Light. This is can be put down to personal opinion, but I prefer put-together L who always has another trick up his sleeve.

Overall, Death Note (2017) was painful to watch and there are so many infinite reasons that it would be truly impossible to explain each issue without creating a post so much larger than this one. However there are some things I would like to point out. By now, most of you will understand that the majority of the original characters were Japanese. At first, I was accepting of the fact that this version would not take place in Japan and that everything would be very, very American. You'd be right in assuming the start of the film features cheerleaders and American football. However, truthfully, I can't really happily accept it. Again, perhaps a personal preference but I would have preferred that Light remain as Yagami and that he was a Japanese student. I'm upset that L was not shown to outfox Light by only broadcasting his trap in Japan in order to bait him into acting. I'm upset that elements of Japanese culture such as Shinigami did not receive the representation they deserved.

Seeing as an emotive and wonderful series was squeezed into a film, I'd like to take this time to say RIP to all the characters who didn't make it to the live-action. You were missed.

My good friend Nathan managed to sum up our collective pain in one brilliant sentence;

"They turned it from a smart, complex drama into a needlessly violent and mediocre thriller and turned Light and L's intricate battle of wits into a cliche revenge story"

The film was a disaster and the only consolation was the shrieking laughter every time Light ran into a locker or slid over a car bonnet. However, they did get one thing right; Willem Dafoe was a really good choice for the voice of Ryuk.

Look after yourselves lilypads,