It's been a while. Although 2020 has encouraged me to indulge in a number of activities, writing has not been one of them. Sometimes I have returned to my blog with every intention of writing something new, only to see the previous post and feeling suddenly unable to focus on any single thought or feeling or word. I know that many of you will feel the same when I say that this year has been unimaginably awful. I have, however, punctuated the carnage with books as usual. Unsurprisingly, concentrating on reading anything has also been a challenge, so I am very pleased I made at least some attempt. Just like last year, please continue for this year's reading round-up.

The Boy, the Mole, the Fox, and the Horse - Charlie Mackesy

What a beautiful book. I am so pleased I began the year with something so uplifting and human as this. Something everyone can and should read, if only to bring you a little peace for a little while. 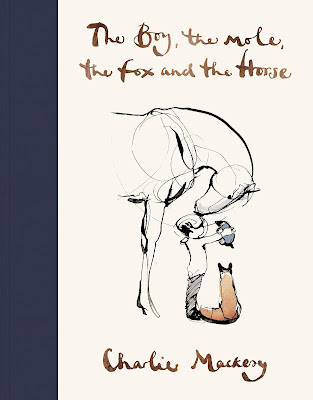 The Starless Sea - Erin Morgenstern
Magnificent.
So delightfully unique, plush and delectable. I was enchanted from the first sentence and have remained enchanted with it, so much so that it makes my heart ache and my head feel like it's floating. It is the book which made me turn to someone and say, "can you be intoxicated by a story?".
If you want an adventure, here it is. 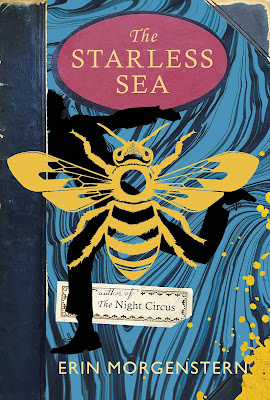 Help Me! How self-help has not changed my life - Marianne Power
You got me, I'm one of those people buying the self-help books - no wait! I was. It was a turning-point in itself to discover that I had received a sort-of self-help book for Christmas. However, it turned out to be the best self-help book I've ever read. Because of Marianne Power, I have not since bought a self-help book and won't be buying any more. You see, she points out the obvious which is that self-help books do not work for the majority of people who read them. How does she prove it? I imagine you ask. She decides to follow a self-help book every month, to the letter, for an entire year. Sound easy? Guess again! 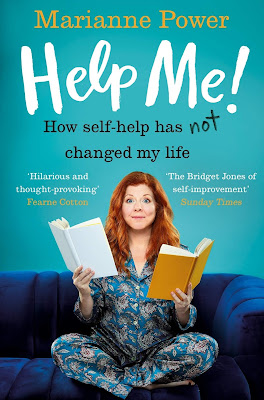 The Vagina Bible - Dr. Jennifer Gunter
If your first thought was, "why are you reading that?" consider that you might benefit from reading it. Humans don't know half as much as they should about vaginas, some people never actually having looked at their own. Yes, you read that correctly.
Without wishing to be the feminist waving around the vulva imagery, something so politicised is something we should know more about.
"Buy this book if you have a vagina or if you spend any time at all in reasonably close proximity to one" - Ayelet Waldman 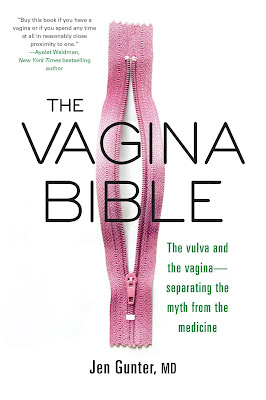 Varjak Paw & The Outlaw Varjak Paw  - S.F Said
By this point, we were in lockdown. The world had not yet started to feel like it was crumbling, and I was encouraged to do a little more reading in the extra time I was getting from not having to catch the bus in the morning. I used this time to read my favourite childhood books. I am convinced that these two stories have contributed to my identity as a reader and to who I am in general. I always felt a little bit like an outsider and an ugly duckling, and these books gave me comfort and a narrative which told me I could still work hard, gather strength. and find friendship. 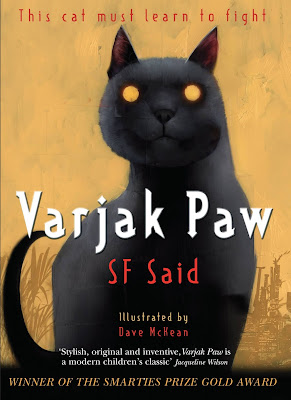 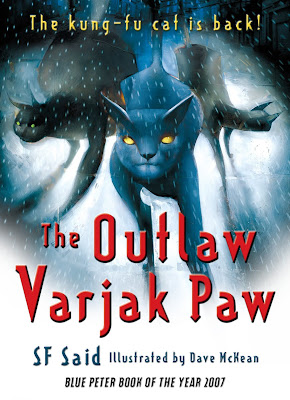 Fahrenheit 451 - Ray Bradbury
This novel had somehow managed to escape my attention until last year. I watched a charming film called The Bookshop with Emily Mortimer and Bill Nighy where one of the characters is captivated by Farenheit 451 and urgently seeks out Ray Bradbury's other works. The next time I saw it when I was out shopping, I impulsively picked it up and finally felt inspired to read it because I was teaching a module on utopias and dystopias. It was good, and it was cold. It made everything and everyone around me feel fleeting and vulnerable, like the walls of my house were damp cardboard, and would cave in if I pressed on them too hard. 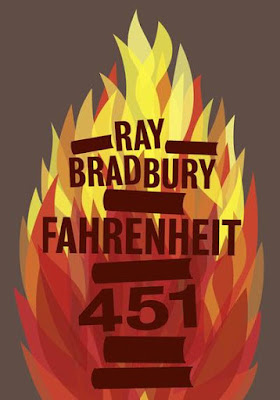 Whispering to Witches - Anna Dale
I smiled when I typed the title. My earliest memory of having a favourite book. It's whimsical and magical. It's like sitting in front of a warm fire in the middle of winter. I can read it over and over and every single time I feel like a child again. 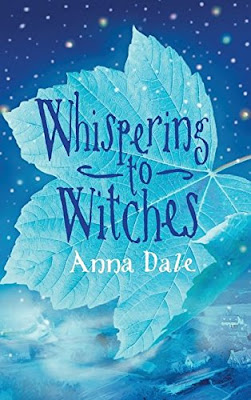 Alice - Christina Henry
I felt compelled to write about Alice at the time of reading, you can find my scrawlings here. One thing I would like to reiterate here is that the reason I love the darker retellings of Alice in Wonderland is because they capture the anger and the volatility bubbling under Carroll's characters. I have always likened living in Wonderland  like being in a relationship with a red-faced bomb that insists on lighting its own fuse. 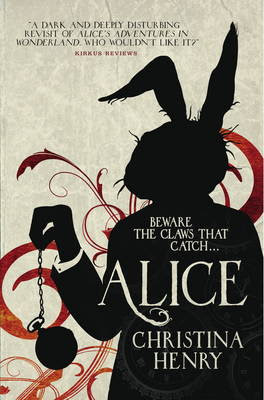 The Familiars - Stacey Halls
Beautiful and earthy and it left me feeling heartbroken for all of the richness and texture of lives lost and stories unheard. How people suffer, and how they defy. 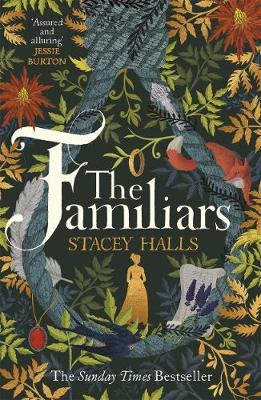 Pretending - Holly Bourne
As an established fan of Holly Bourne, I was worried I would not like this book. It started very strongly in a mindset I recognise so well, and it was difficult to look at. It was all mangled pain and fury and fear. I didn't know how to look at it without feeling hot buttons all over me being prodded and pushed in. However, it's Holly Bourne, after all, so I pushed on. The growth and the strength displayed at such a time that it felt like she wrote it just for me. I know so many others will read it and feel the same way. It's a book for when you're ready to heal. 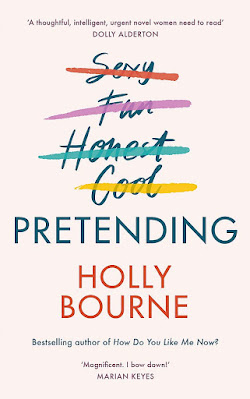 Who Goes Here? - Bob Shaw
A book recommended to me by my Dad. I turned pages swiftly, smiled often, and was frequently intrigued. A spoofy introduction to sci-fi for someone who has hardly read any. I sense a re-read is necessary as the first time round was spent mostly in confusion and repeatedly saying "what?" 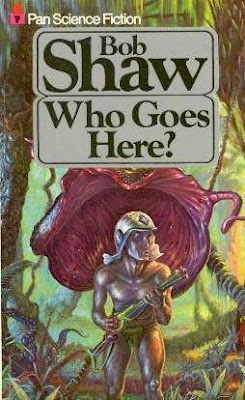 The Priory of the Orange Tree - Samanth Shannon
I must say, I admire my optimism starting this book when I was feeling so low. Despite it being so large, I found myself really sad when it was over. I had grown so attached to the characters and their individual quests and desires, and when everything finally came together I spent the latter half of the novel in a state of bliss and awe. This book is worth reading for the dragons, the lore, the swashbuckling, and the romance, but I could read it for the mouth-watering descriptions of food alone. 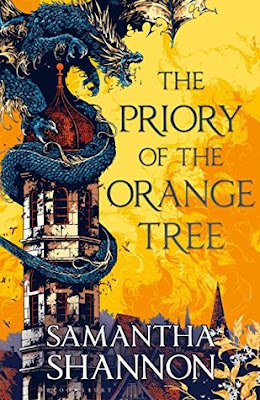 The Midnight Library - Matt Haig
I can't not read something by Matt Haig. His most outstanding feature is imbuing every word with hope and understanding. Wonderfully indulgent but also sobering, to explore so many lives you could have lived and to ask yourself: why not do the best I can with this universe and this reality? (because another me might visit it someday?) 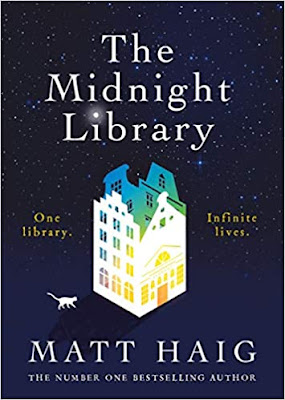 The Red Queen - Christina Henry
Something strange happened here. I felt completely enthralled by Alice, but reading The Red Queen felt quite difficult. Not because it was not just as good as Alice, because it was, but because it lost it's anger and morphed into a kind of sadness which felt neverending. Though I tend to favour sad storytelling, something about this felt defeating. I think perhaps the loss of some characters and the lack of satisfying resolution for others made this one a little harder. 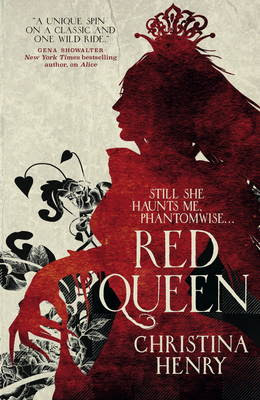 How to Argue with a Racist - Adam Rutherford
When I opened this book, I thought I was in for something that would take place in the realm of Twitter and various isms that would fall neatly into the context of the conversations I have had this year. However, it turned out to be a fascinating discussion about race and racism within the context of genetics. If you'd like to see how it helps in arguing with racists, I recommend trying it out. 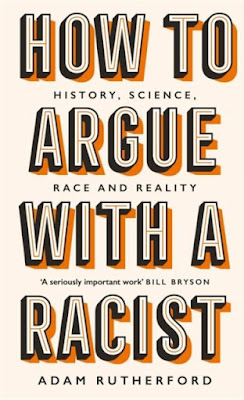 Oranges Are Not The Only Fruit - Jeanette Winterson
Far be it from me to try and sum this up when Jeanette Winterson has already used the perfect combination of words. An outstanding retelling of her life, which she recollects however she likes. 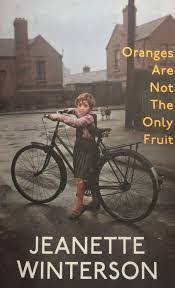 I am currently in the process of reading Angela Carter's collection, The Bloody Chamber, which is grizzly and excellent and nauseating and addictive. You can read about it next year, or maybe you'll decide to read it yourself.
Take care saplin's x
Posted by shr-Inking violet at Thursday, December 31, 2020 2 comments: